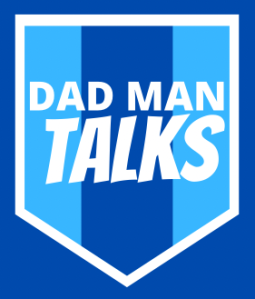 Man Utd’s new interim manager is looking to add to his squad during the next transfer window. Here DMT looks at five signings he could be lining up.

Manchester United’s new interim manager Ralf Rangnick will be looking to strengthen his squad during the January transfer window after inheriting an underperforming team from previous manager, Ole Gunnar Solskjær.

Here Dad Man Talks looks at five signings he could be lining up:

The new Manchester United boss is reportedly eyeing up a move for Barcelona’s Frenkie de Jong.

Reports suggest that United are interested in signing the former Ajax midfielder as Rangnick is an admirer of the 24-year-old.

However, Barcelona are said to be more interested in offloading former Liverpool star Philippe Coutinho, but United have turned their attentions to De Jong instead.

Of course, under normal circumstances, Barcelona would not be keen on losing such a talented footballer especially seeing as new manager Xavi would likely be able to mould the midfielder into a version of himself. However, Barca, whose financial issues have been well documented, are aiming to raise funds ahead of the window.

36-year-old Luka Modric has less than a year remaining on his current deal with Spanish giants Real Madrid and could be tempted by a return to the UK, with Ralf Rangnick keen on the idea.

The ex-Spurs midfielder will be able to strike a pre-contract agreement with a foreign club from next month as things stand meaning that he could make his move to Old Trafford before next months transfer window ends.

His age doesn’t appear to be a problem and will likely help develop Man Utd’s younger talent such as 25-year-old Scott McTominay.

With the Manchester club looking more than likely to part company with Donny van de Beek, Rangnick’s side could reap the rewards of Modric’ presence in the middle of the pitch.

A move for Aston Villa’s 27-year-old midfielder John McGinn may not be the marquee signing some Manchester United fans are looking for under their new German manager but Rangnick is apparently keen to bring him to the club.

The German is said to like McGinn’s cool head, pressing and talent on the ball, and is prepared to sanction a £50 million bid.

The Scot has scored 16 goals and assisted 20 in 124 games for the club since signing from Hibernian in 2018 while Villa were still in the Championship.

However, Steven Gerrard is unlikely to want McGinn to leave until the summer, if at all, while he tries to bring some stability to his new Villa side who were rocked after losing Jack Grealish last summer.

Manchester United could move for Chelsea centre-back Antonio Rudiger, according to reports.

The Germany international will be out of contract at the end of the season and has attracted interest from some of the top clubs from across Europe, with Real Madrid said to be leading the way.

Bayern Munich and Tottenham Hotspur are also reportedly interested in the 28-year-old defender and United are now said to have joined the chase.

However, Rangnick could face a stumbling block early on in his attempt to sign the much sort after defender as reports state that Rudiger himself “would prefer to move abroad if new terms cannot be agreed with Chelsea”.

West Ham’s Declan Rice is said to be a concrete target of United’s and the club are looking to structure a deal to bring the England international to Old Trafford.

The 22-year-old has gone from strength to strength at the London Stadium in the past two years or so and is considered as one of the best midfielders in the Premier League, particularly as far as his role is concerned.

At only 22, the young midfielder is now also considered a pivotal player for England by boss Gareth Southgate having played a key role during the Three Lions journey to the final of Euro 2020.

Performances so far this season and over the summer have also seen him attract the attention of a range of top Premier League sides, including Chelsea and Manchester City.

Although United have identified Rice as a top target, he is likely to cost a humungous fee – around £80 million – meaning it may not be possible for United to get a deal over the line in January.

Did you enjoy this article or find it useful?

Feel feel to leave a comment below or give us your own views, on what topics you would like us to explore within the realms of dad life/ fatherhood, men’s health & dad social @dadmantalks